2018 was Deadliest Year for Bicyclists in 30 Years 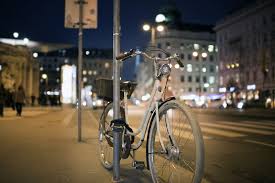 More bicyclists died in traffic accidents in 2018 than any other year over the past three decades. According to new statistics released by the National Highway Traffic Safety Administration, bicycle accident fatalities in 2018 increased, even as there was an overall dip in the number of motor vehicle accident deaths across the country.

It was not just bicycle fatalities that increased in 2018, but also pedestrian fatalities. Both of these categories recorded increases in 2018, and much of that increase was reported in urban areas. In the case of bicyclist deaths, there was a 6.8 percent increase from 2017. That is a significant increase when you consider the fact that there was an overall drop of 2.4 percent in motor vehicle accident fatalities, compared to 2017.

Clearly, our urban infrastructure has become far too motor-centric, and focuses on the needs and priorities of motorists while relegating bicyclist rights and safety to the background. That is one of the primary reasons for this spike in bicycle fatalities across the country.

The report by the National Highway Traffic Safety Administration also finds a 3.6 percent increase in the number of pedestrian accident deaths in 2018, compared to the previous year. Overall, there were fewer accident fatalities in multi – vehicle accidents, drunk driving crashes, rollover accidents and speeding-related accidents.  While the improvements in the safety of motor vehicle drivers are appreciated, the fact is that our infrastructure and safety systems need to be updated to protect bicyclists and pedestrians who are the most vulnerable users of our roads.

Indianapolis and its surrounding regions have a healthy population of bicyclists, and those numbers have been increasing every year.  The Indianapolis attorneys at Montross Miller represent people and families impacted by bicycle accidents all across Indiana. If you have suffered injuries in a bicycle accident, talk to an attorney at our firm, and discuss filing a claim for damages.