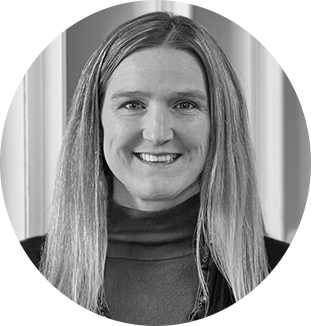 Born and raised in Kokomo, Indiana, Kerri Farmer obtained a management degree from Krannert School of Management at Purdue University in 2001. She then received her J.D. from Indiana University School of Law in Indianapolis. Kerri began working with Craig, Kelley & Faultless LLC before she earned her law degree. Once she was admitted to the bar in 2004, she immediately began taking on cases and zealously pursuing justice for personal injury victims throughout Indiana. She expanded her scope in 2005 with admission to practice in Kentucky. Kerri takes pride in helping clients fight back against insurance companies who seek to limit their right to fair compensation.

In 2014, she joined the law firm of Montross Miller Muller Mendelson & Kennedy, LLP as an associate attorney.  There she continued to fight for injured victims adding the area of medical malpractice law.  In 2018 the firm reorganized and Kerri became a partner of Montross Miller.

Kerri Farmer lives in Hendricks County, where she and her husband, Brandon, are raising three children. Like all members of Montross Miller, she makes a priority of community service along with her law practice. Kerri is a volunteer for the Indianapolis Legal Aid Homeless Project where she donates her time to provide free legal advice and counsel to those living in area homeless shelters.

She and Brandon are also active in the Cascade Youth League which oversees youth baseball, softball, volleyball, wrestling and football for the Mill Creek School District. Kerri has served on the Board of Directors for the league and her and her husband have coached their children in almost every sport. She also volunteers her time within all Mill Creek Community Schools and has been an active member of the PTO.