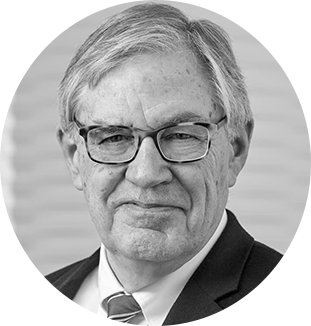 Michael S. Miller, a native of Indianapolis, graduated from North Central High School, after which he attended Hanover College, receiving his B.A. in 1969. Following two years of military service, he attended Indiana University Robert H. McKinney School of Law on the G.I. bill, graduating in 1974. After his admission to the Bar, Mr. Miller served as a law clerk for the Indiana Court of Appeals and for four years as a Marion County Deputy Prosecutor.

Mike is a Fellow of the American College of Trial Lawyers. The College strives to improve and elevate the standards of trial practice, the administration of justice and the ethics of the trial profession. Fellowship in the College is extended by invitation only and only after an in-depth investigation, to those trial lawyers with a minimum of fifteen years of experience who have mastered the art of advocacy and whose professional careers have been marked by the highest standards of ethical conduct, professionalism, civility and collegiality. Membership in the College cannot exceed one percent of the total lawyer population of any state.

He is also a lifetime member of the Indianapolis American Inn of Court, serving as a Master of the Bench, the highest category of Inn membership. The Inn’s mission is to foster excellence in professionalism, ethics, civility and legal skills.

Additionally, Mike is board-certified in Civil Trial Law by the National Board of Trial Lawyers, a division of the National Board of Legal Specialty Certification. It is the mission of the NBLSC to inform and educate the public concerning legal representation by board certified specialists and to recognize and promote excellence in legal advocacy through a national program certifying specialists predicated on high standards of demonstrated competence and integrity.

In October of 2011, he was inducted into Hanover College’s Athletic Hall of Fame, honoring former athletic standouts. Mike was a four-year member of the Panthers’ basketball program where he scored 1,601 points and grabbed 955 career rebounds. At the time of his graduation, he ranked third in career scoring and second in rebounding.