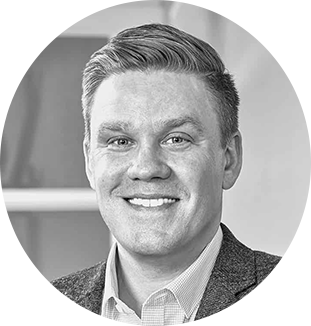 Nathan M. Miller, an Indianapolis native, graduated from Brebeuf Jesuit Preparatory School in 1994. He earned a full basketball scholarship to Stetson University in DeLand, Florida, where he graduated in 1998.

After graduating from Ohio Northern University Law School in 2002, Nate began representing clients and their families who had suffered catastrophic injuries or wrongful death. After trying dozens of jury and bench trials in the conventional manner, with some wins and some losses, in 2016 he was invited to attend the prestigious month-long “Trial Lawyers College” on a remote ranch in Wyoming to train with the best trial attorneys in the country. It was there he learned to not merely go through the motions of “representing clients” as taught in law schools, but rather to be the voice of unique individuals and their loved ones trusted to tell their stories in their pursuits of justice. He’s been telling those stories in trials ever since, to juries and judges alike, with far more passion and success than before — including a $3 million verdict in an Evansville medical-malpractice jury trial in September of 2019.

In addition to practicing law, Nate is a husband, a father of four, a youth baseball and basketball coach, a novice soccer dad, a frequent visitor to Grand Park, an infrequent writer for Indianapolis Monthly, a mediocre cook, and a terrible golfer.