CPSC to Ban Crib Bedding that Does not meet Standards 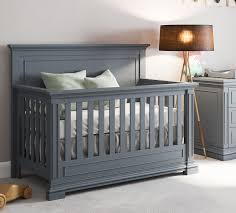 There is no law that currently requires that crib bumper manufacturers test these products before selling them. This means that parents are forced to trust voluntary compliance by companies.  The rule would end voluntary compliance, requiring companies to adhere to the CPSC rule before the sale of the product.