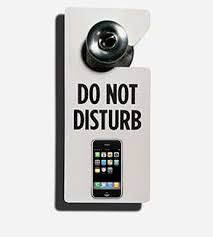 Cell phone blocking features like the “Do Not Disturb” blocker on Apple’s iPhone can help reduce the rates of cell phone usage while driving. The encouraging results of a new study find that many motorists use such technologies to reduce distractions while driving.

The study was conducted by the driving app Everdrive, and finds that features like the “Do Not Disturb” feature available on newer versions of Apple’s iPhone can help reduce the rates of cell phone usage while driving by as much as 8 percent.  According to the survey, as many as 37 percent of car trips involved some amount of cell phone usage.  On an average, motorists used their cell phones for about 3 minutes on a 29-minute drive, with some motorists staying on their cell phones  for as long as 11 minutes.

Those are frightening statistics because spending any amount of time distracted while you are driving can seriously increase your risk of being involved in an accident.  Features like the  “Do Not Disturb” feature on iPhones, the study found, were helpful in reducing those distracted driving rates. The feature is designed to automatically send text messages in response to calls and messages stating that the owner of the phone is busy and will be available later. The feature was released by Apple in September of 2017, and the survey found that many people now choose to keep the feature on, thus helping them avoid potentially distracting messages and calls while driving.

Other apps that act as call- blockers are also available for download. The “Do Not Disturb” feature however is a built-in feature that you can simply turn on for your own safety and the safety of your loved ones.

Distracted driving kills. As communication technology becomes more advanced and as we grow to use automobiles as extensions of our personal and work lives, the threat to motorists only increases. Remember, no call or message is important enough to risk your life or the lives of your loved ones. Use a blocking feature to keep your cell phone unavailable while you are driving.