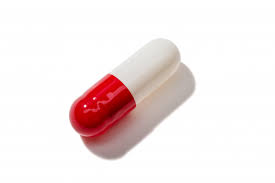 A simple, inexpensive drug, if administered soon after a person suffers a traumatic brain injury could help limit the severity of the injury, and increase survival chances.

A new study finds that the drug, tranexamic acid, if administered in the critical first hours after a brain injury could be effective in limiting the severity of head trauma.  The results of the study were published recently in The Lancet journal.

Tranexamic acid is a drug that helps inhibit blood clot breakdowns, thereby reducing the possibility of bleeding in the brain. The drug belongs to a class of drugs known as anti-fibrinolytics, and has been used for several years now as a means to treat women suffering from heavy menstrual bleeding as well as post-partum bleeding.  It is also used in the treatment of bleeding post-surgery or dental extractions.

The researchers found that when tranexamic acid was administered to a patient with head trauma soon after a brain injury, it helped limit bleeding in the brain and reduced the severity of the impact of the injury.  It also increased the chances that the person would survive the head trauma.

A brain injury can occur in a number of ways, including car accidents, truck accidents, motorcycle or bicycle accidents, slip and fall accidents, and so on. Brain injuries are typically divided into mild, moderate and severe injuries. Even mild injuries must not be ignored. A concussion is considered a mild brain injury and may or may not result in loss of consciousness, but that does not mean that you neglect the injury. Seek medical attention, and follow instructions about rest and medication post-injury.

A brain injury can significantly impact your ability to lead a normal life post the injury. A severe injury can mean a severely limited ability to work and earn an income, and a reduced quality of life, among other negative effects. If your loved one has suffered a brain injury, talk to an Indianapolis brain injury lawyer at Montross Miller and discuss your case with an attorney at our firm.