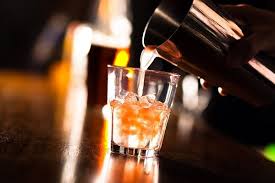 The northern and south western parts of Indiana, including LaPorte and LaGrange counties have some of the highest rates of drunk drivers involved in accidents.

Overall, in 2017, there were a total of 99 fatalities in accidents caused by alcohol-impaired drivers. This was approximately 11 percent of all traffic deaths in Indiana in 2017. Riding in a car operated by an impaired driver is also extremely dangerous, the date shows.  In 2017, passengers in cars driven by a drunken motorist were 7 more times likely to die in accidents, compared to passengers in cars not operated by a drunk driver.

There are lessons to learn from these statistics. Even though the number of fatal accidents linked to drunk drivers has been increasing year by year – thanks in no small part to increased enforcement of the laws as well as awareness of the dangers of driving under the influence – drunk driving is still a serious threat. When you drive under the influence of alcohol, you significantly increase the risk of being injured or injuring other motorists in a drunk driving accident. Call an Uber or ask a friend to drive you home – the alternative is extremely dangerous.

Don’t ride in a car operated by a drunk friend. If your friend has had too many drinks and seems slow or unsteady on his feet, don’t allow him to get behind the wheel of a car.

If you or a loved one has been injured in a car accident, call an Indianapolis car accident lawyer at Montross Miller and discuss whether you have rights to a claim for damages.