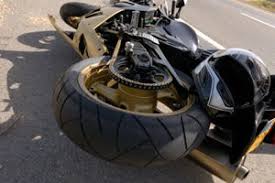 Motorcyclists make up a small percentage of the total number of users of our roads, but constitute a disproportionately large percentage of accident fatalities.

In 2016, according to data supplied by the National Safety Council, 4,986 motorcyclists and their passengers were killed in accidents across the United States. The total number of injuries that year was more than 88,000.

Motorcyclists constitute just 3 percent of all registered vehicles in the United States, and up to .7 percent of all vehicle miles travelled. However, they make up about 13 percent of the total fatality toll in traffic accidents across the country.

There are some risk factors that place you at a higher risk of being involved in an     accident. For example, male motorcyclists are more likely to be involved in fatal accidents. As, many as 90 percent of all motorcycle fatalities comprise male riders.

Lastly, your risk of suffering serious injuries in a motorcycle accident increases if you ride without wearing a helmet. Wearing head protection is very important to reduce the risk of suffering potentially deadly head injuries and traumatic brain injuries.

Injured in a motorcycle accident? You may have questions about your rights to compensation. Call an experienced Indianapolis motorcycle accident attorney at Montross Miller and discuss whether you have options for a viable claim.