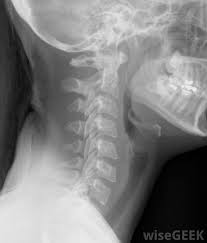 Surgeons may suffer from pain in the neck and upper back during surgeries, contributing to burnout and fatigue.

Longer surgeries contributed to greater fatigue among patients. The use of a magnifying lens during the surgery also increased the chances of suffering neck pain as surgeons were more likely to experience an increase in neck angle of 10 percent when they were using these magnifying glasses during a procedure.

The researchers, who published the results in the Journal of the American College of Surgeons, believe that these injuries to the back and neck can cause fatigue, stress and eventually, symptoms of burnout in surgeons. It can affect surgeon morale, overall.  Musculoskeletal injuries like neck and back pain, especially when they are chronic, have been linked to depression, anxiety and other conditions.

Surgeon fatigue has been a cause for worry for many in the medical profession.  Studies have indicated greater risk of burnout and fatigue, especially during longer surgeries or during surgeries at night. A surgeon who is experiencing symptoms of burnout may be at a higher risk of making surgical errors that harm patients.