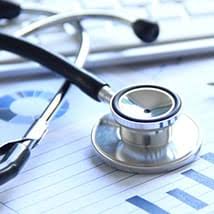 A new documentary shines the light on a much – neglected problem surrounding patient safety – the nexus between doctors /hospitals and insurance companies that makes it harder for injured patients   to recover justice after they have been injured due to medical negligence.

The documentary titled Bleed Out premiered on HBO recently, and featured accounts of survivors of medical injuries and their family members who, very often, find themselves rushing from pillar to post trying to obtain justice in the form of financial damages after an injury.  Data indicates that medical errors are one of the leading causes of unintended deaths in the country. Researchers at Johns Hopkins place medical errors as the third leading cause of death in the country, preceded only by heart disease and cancer.  In all, as many as 250,000 deaths annually are believed to be related to medical errors like wrong medications or dosage, miscommunication, wrong diagnosis and other preventable errors.

However, while heart disease and cancer get a huge amount of attention and public finding – and rightly so – the same kind of attention is not paid to medical errors which claim thousands of victims ever year and leave many more seriously injured, possibly for life. Worse still, patients who have suffered injuries as a result of medical errors often find that their options for legal recourse are limited. The system often works to protect errant physicians and negligent hospitals, preventing victims and their loved ones from getting the justice they seek.

Proof of this is the fact that insurance companies have been successfully denying medical negligence claims for many years now, limiting the damages they pay out. As a result, physician premiums have also dropped as by as much as 30 percent a year, according to the documentary. In fact, the makers of the documentary say that many as 80 percent to 90 percent of defensible medical malpractice claims are dropped. As many as half of all medical malpractice claims that do go ahead are won by doctors, even when the evidence is clearly in favor of the injured patient.

No patient expects to suffer from preventable injuries like bed sores, infections, and injuries related to wrong medication doses and other errors when they are admitted into a hospital for treatment. However, in far too many cases, these injuries and worse ones do occur with alarming frequency, encouraged by a system that does little to promote doctor and hospital accountability.

The Indianapolis medical malpractice attorneys at Montross Miller are dedicated to the representation of persons who have suffered injuries as a result of medical negligence. For 40 years our attorneys have fought for the rights of injured patients and their families. Call an attorney at our firm to discuss your case.