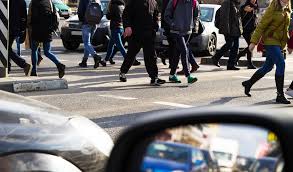 As the pedestrian accident fatality toll in the country touches record highs, some good news appears on the horizon. The results of recent tests analyzing the effectiveness of pedestrian crash avoidance systems in automobiles seem to be surprisingly good.

The results of the sturdy were released by the Insurance Institute of Highway Safety which tested pedestrian accident prevention technology present in several models of small SUVs. In many of these crash avoidance models, the system uses cameras and radar to scan the road in front of the vehicle for pedestrians. If a pedestrian is detected, the system activates the brakes to bring the car to a complete stop.

The results showed that in the majority of the cases, the car was able to come to a complete stop without hitting the crash test dummy. Results were negative in only two cases. Out of the 11 models that were studied as part of the analysis, the researchers found that as many as nine performed well in preventing or reducing the impact of a collision with the crash test dummy. They either came to a complete stop, or slowed down, mitigating the impact of the accident significantly.

Indiana was one of several states that recorded an increase in pedestrian accident fatalities recently. According to data from the Governors Highway Safety Association, between January and June 2016, the state recorded 42 deaths in pedestrian accidents. But that number jumped dramatically to 63 during the time period between January and June 2017.

The Governor’s Highway Safety Association in its report also recommended a number of street design upgrades that can help reduce the number of collisions involving pedestrians and automobiles. These strategies to separate pedestrians from motor vehicles included sidewalks, refuge islands to help pedestrians cross one direction at a time while crossing two- way traffic roads, pedestrian signals with countdowns so that pedestrians have plenty of time to cross the street and more pedestrian overpasses and underpasses.