Safety Concerns Amid Surge in Bicycling During Coronavirus Outbreak 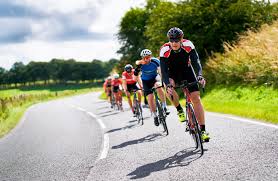 The coronavirus pandemic and the accompanying requests to stay out of mass public transit has meant increased bicycling activity in many parts of the country. In some of these areas, the surge in bicycling has meant an increased incidence of bicyclist accidents and injuries.

Cities across the world are clamoring to add bicycle lanes to allow safe essential travel and encourage movement without the use of mass transit. Bicycling has been identified as a safer means of travel while maintaining social distancing protocols.

This surge in cycling, unfortunately, has not been without incident. Between March 9 and 15, NYC authorities recorded a 43 percent increase in bicycle injuries, Those injuries came during a surge in bicycling, as Mayor Bill de Blasio urged New Yorkers to use bicycles to avoid mass transit during the virus outbreak. The number of injuries has increased even as most employees have begun working from home, and even as the number of overall accidents has dropped during the outbreak.

Now, de Blasio as well as mayors in cities across the world are seriously considering expanding infrastructure to make it easier as well as safer for cyclists to travel during this crisis. Bicycling advocates as well as cycling bloggers are calling on authorities around the country to expand bicycling infrastructure to accommodate the growing need for this.

Cycling provides a safer means of traveling in this unnatural new situation in which social distancing is the new buzzword. Cycling has a lot of benefits to offer in terms of continued travel during this time, as long as there is adequate safety infrastructure that can help people travel safely.

Merely exhorting people to use their bicycles more will hardly help, and could actually lead to more injuries as the NYC experience shows. Expansion of bike lanes and protection of paths is crucial to ensure that we can continue to remain mobile whenever necessary, without endangering ourselves.