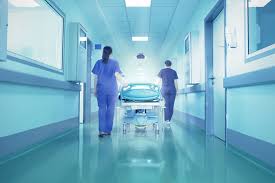 Hospital–acquired infections are deadly, and can drastically impact the duration of the patient’s hospitalization as well as his outcome.  Researchers experimenting with modified ventilation systems believe that these systems could help reduce the risk of contracting airborne infections in a hospital.

The researchers found that more than 90 percent of hospital buildings use a mixed-air ventilation system. In this system, fresh, clean air is pushed to the upper part of the room. This fresh air then mixes with the other pathogens in the room, and the air becomes gradually free of pathogens.

However, the researchers experimented with a different type of ventilation system in which air was pushed to the lower part of the room where the patient was located. The air was slowly released into the room, and the pathogen- containing air was pushed around the room until the pathogens exited the room through the vents. The researchers found that this system was much more effective in helping reduce the risk of airborne hospital-acquired infections.

Stringent hygiene and sanitation practices, better adherence to hand washing procedures by doctors and staff and other strategies have been identified as being highly effective in helping reduce infection risks.

If you or a loved one have suffered a hospital-acquired infection as a result of medical negligence, talk to a medical malpractice lawyer in Indianapolis. The medical malpractice lawyers at Montross Miller are dedicated to the representation of persons who have suffered injuries as a result of surgical, anaesthesia, radiological and other medical errors across Indiana.