Watch Out for Drowsy Driving Risks This Holiday Season 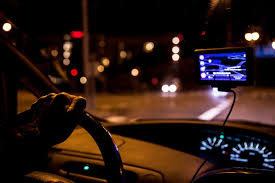 This holiday season, watch out for drowsy drivers who may be behind the wheel in a sleep-deprived state. The American Academy of Sleep Medicine in a new study estimates that as many as half of all Americans have fallen asleep behind the wheel, indicating that the drowsy driving threat is more widespread than we may have feared.

The American Academy of Sleep Medicine recently released the results of a new study in which 50 percent of Americans admitted to struggling to stay awake being the wheel. The survey involved more than 2000 Americans who responded to questions about their driving practices. The survey found the results almost evenly divided between motorists who admitted that they struggled to keep themselves from falling asleep at the wheel and those who said they never experienced drowsy driving.  The results of the study were released in September.

As we head into the festive season, the risk of drowsy driving is even greater.  Motorists driving this season are likely to have had little sleep. Hectic travel schedules, the party calendar and other factors make it much more likely that you will be sharing the road with more than a few drowsy drivers this winter.

Practice defensive driving, and make sure that you are alert for common mistakes that drowsy drivers make. These include veering between lanes and erratic driving. Drowsy drivers are also much more likely to end up driving the wrong way. In fact, several wrong-way driving accidents occur during the holiday season, and most of these are linked to drunk or drowsy driving. Driving in a sleep-deprived state or without having slept in the past 24 hours can affect a person’s driving abilities to the same extent as driving with a blood alcohol concentration level of .08.

Avoid sleep deprivation this holiday season. Sleep deprivation and fatigue can kick in on a long drive, especially if you’re driving alone. Make sure to get plenty of rest before a long drive.  If you find yourself frequently yawning or unable to keep your eyes open for more than a few seconds at a time, take steps to get rest. Pull over somewhere safe, and get some sleep. Other warning signs of sleep deprivation that place you at risk of an accident are missing signs or traffic signals, and not remembering the last few miles of driving.

The AA Foundation for Traffic Safety estimates that as many as 64,000 accidents every year are linked to drowsy driving. Avoid being an accident statistic this Christmas season by driving only when fully rested and refreshed.